My books are on sale (all six of them) 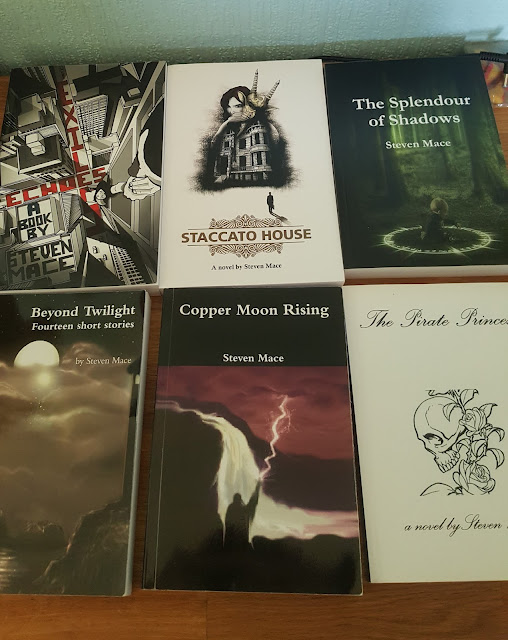 Just a reminder to my visitors that you can still buy my published books at Amazon. The link is here: https://www.amazon.co.uk/Steven-Mace/e/B005JJLWX6

That Amazon author page contains the six books plus some of my short story magazine publications that are also linked.

I have written and published six books. There are two full length novels: Copper Moon Rising and Staccato House; three collections of short stories: Beyond Twilight, The Splendour of Shadows and Echoes and Exiles; and a YA novella, The Pirate Princess.

In terms of genre, Copper Moon Rising is a blend of SF and Fantasy. Staccato House is an psychological thriller based on the occult and some supernatural themes. It could also be categorised as 'weird fiction'. It was influenced by the film 'Eyes Wide Shut' and some occult fiction/conspiracy theories. The Pirate Princess is a YA fantasy adventure. I've been planning a sequel which has been in the works for a number of years. The short story collections are a mixture of everything: horror, fantasy, science fiction, occult & supernatural, psychological thriller, satire and urban realist fiction.

Popular posts from this blog

One Thousand and One Nights; or, The Arabian Nights 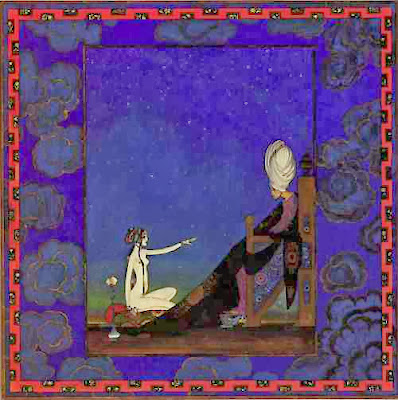 The One Thousand and One Nights , popularly known as The Arabian Nights , is a composite work compiled from Middle Eastern and Indian folklore during the first millennium AD. In its earliest form, its origin was in tales from India and Persia, and then Arab tales were added to it- most of them dating from the period of the  Umayyad and  Abbasid Caliphates. Many of these stories are based around the adventures of the Caliph of Baghdad, Harun al-Rashid and his vizier (advisor) Ja'far the Barmecide . ( Harun al-Rashid was an actual historic figure, although his real-life vizier was Ja'far's father, Yahya . The  real Ja'far was mysteriously executed, although it was possibly for an affair with the caliph's sister.) Then later, more folk tales from Syria and Egypt have been added to create as many stories in the Arabian Nights to fill up over a thousand nights. I've read the Penguin Classics English Translation by Malcolm C.Lyons and Ursula Lyons, with a
Read more

February 09, 2018
Supernatural fiction is not always the easiest genre to write in and be original and innovative. A lot of tropes and cliches get re-used and re-hashed over and over again. Haunted houses, dark pasts, missing, psychic or dead children, ghosts, unreliable narrators- they are all familiar examples within the medium. In 2001 I wrote a supernatural ghost story called 'Requiem', and I eventually published it in my 2010 short story collection 'Beyond Twilight'.  It was about a ghost hunter called Nick Weston who stays at a supposedly haunted house in a strange little village. Nick is haunted by the death of his wife, and is actually a sceptic when it comes to the supernatural. He's very much a hero of the sort James Herbert would have written for his lurid horror novels, but as the story progresses he becomes an unreliable narrator. I noted recently that the BBC had made a supernatural series called 'Requiem'. The fact that the title was the same was not u
Read more 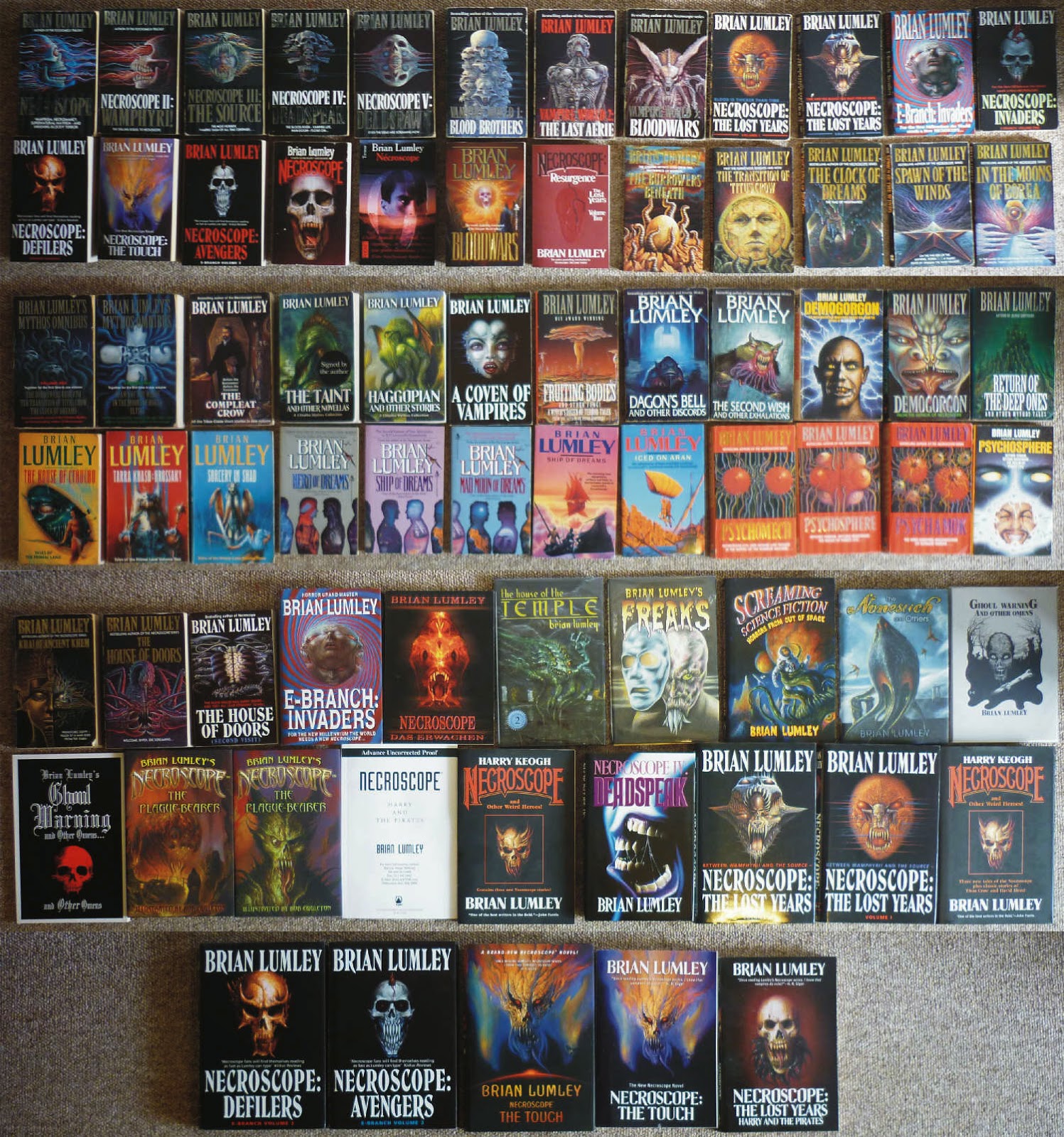 One of my favourite writers of horror fiction is an author called Brian Lumley. His stories are deeply imaginative and he evidently enjoys the frisson of describing the gruesome detail! He is very clearly inspired by H.P Lovecraft, and it's his earlier works and short stories which most clearly demonstrate his Lovecraftian influences. Although I enjoy the 'Titus Crow' series of novels, and the 'Psychomech' trilogy, the books that Lumley is probably most 'celebrated' for, if that is the right word, are his five Necroscope novels (the original series, as opposed to various prequels and sequels that he has published since), and his Vampire World trilogy, which was a series that chronologically followed those five books. I'm going to talk about 'The Vampire World' trilogy in this post mainly, but as they follow in terms of content the 'Necroscope' series, I'll briefly describe what those five books were about (SPOILERS ALERT).
Read more