Showing posts from October, 2013
Show All

"Whispers on the Airwaves" published at Darker Times

Publication News: My SF/Horror short story "Whispers on the Airwaves" has been published by Darker Times. It was a runner-up in their September competition, and you can read my story online here: http://www.darkertimes.co.uk/winners/ss-runner-up-3-sept-2013.aspx You can see the full list of winners and runners up for the website's September competition here: http://www.darkertimes.co.uk/winners.aspx The Darker Times website is run by the author Jessica Grace Coleman, please do check out her website and links to her published works here: http://jessicagracecoleman.wordpress.com/
Post a comment
Read more 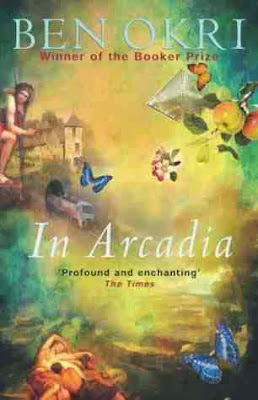 "Reading Matters"- yes, I know this pun sounds a little bit Partridgean - but I like it, so there. I finished a couple of novels recently which I was impressed by, and I wanted to write some brief lines about them. The first one was In Arcadia , by the Nigerian writer Ben Okri. I had not been particularly impressed by the blurb and the premise for the book (more fool me), but upon reading the first few pages I quickly became absorbed.   The basic plot of Okri's novel is that a group of TV and film-makers receive instructions from a mysterious and elusive individual named Malasso to travel from London to Paris and along the way create a film to mark aspects of their journey. The book and its themes were inspired by two paintings by Nicolas Poussin : "Et in Arcadia Ego" (Roughly translated, Even in Arcadia, There Am I ) and most notably, the second painting under this title, known also as the "Arcadian Shepherds", which hangs in the Louvre.
Post a comment
Read more
More posts