Showing posts from November, 2011
Show All

November 21, 2011
It's been a while since I posted an update about my writing. I finished my last short story collection Splendour of Shadows a few months ago and self published it on Lulu and Amazon Kindle. Since then I've been working on new material. I've finished the first draft of a new novel, Staccato House, which I have been working on for some time. The first part of this novel was shortlisted in the novella writing competition held by Contact Publishing earlier this year (see previous posts). Now the entire novel has reached some kind of completion, but it needs a bit more work, editing and polish. I'm also working on a science fiction novel that was originally conceived some time ago, but was put on hold while I completed other work. I have a number of novels that have been started, and are in varying stages of completion, and I plan to spend the next few months working on them as well. I was also planning a collection of plays, but I have since decided against that idea
Post a comment
Read more 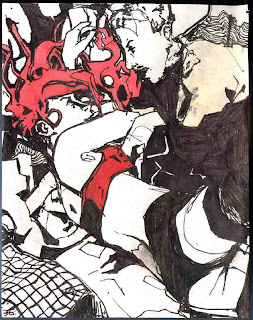 I remember first attempting to read Pynchon as an English Lit undergraduate. The book that I chose, ominously, was his postmodern masterpiece 'Gravity's Rainbow'. At that time, I suppose the most literary novel that I had ever read was 'The End of the Affair' by Graham Greene or maybe something by JG Ballard ...I attempted the first one hundred and fifty pages or so of 'Gravity's Rainbow' and gave up. It was completely unlike anything I had ever read before, and I swiftly realised that I had no grasp on the material I was reading and no idea what was going on. Pynchon would remain untouched and unread by myself for at least another decade. The only two scenes that left an impression on me (and rather a rotten, disturbing one at that) were the notorious scenes with Katje/Ernest Pudding and Slothrop diving into the toilet to reach for a lost harmonica (which Irvine Welsh also pays homage to in 'Trainspotting') I revisited Pynchon much later. The f
2 comments
Read more 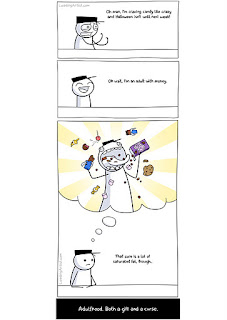