Showing posts from January, 2014
Show All

My short SF/Horror/Fantasy story "Vortex" has been published in Diabolique Magazine's Exhumation Collection , alongside stories such as "The Wandering Train" by Stefan Grabinski; "The Lady of the House" by Matthew McLachlan; "Hisako San" by Ingrid Pitt and "The Drowning" by Catherine E. Kovach.   You can read more about Diabolique Magazine here: About Diabolique Magazine   Diabolique Magazine are on Facebook and you can find their Page here You can also find them on Twitter here My short story "Vortex" is about a series of supernatural events taking place in our world, which are linked to a universe where an organisation known as the Arcadian Vortex exists. It is controlled by a triad of female entities known as 'The Matriarchy'. In this story you will be introduced to Peregrine Lascombe and Victor Phalange, two extraordinary and talented individuals who are members of the Vortex; and Charlie Townse
Post a comment
Read more

Publication News: Veronica and the Men in Roadside Fiction 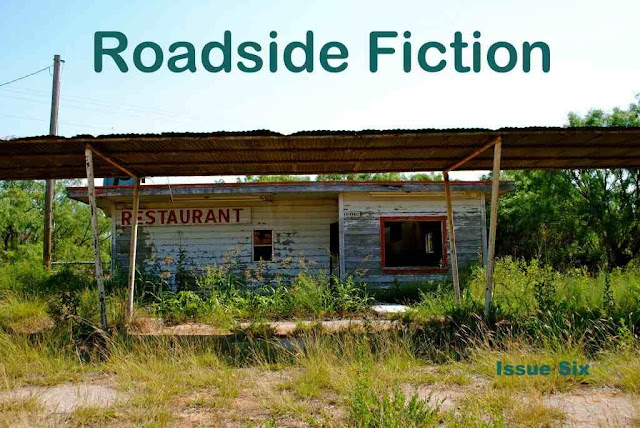 My short story "Veronica and the Men" has been published in the Winter issue of Roadside Fiction. Please see the link, and click on the story titles to read them. "Veronica and the Men" is a contemporary story set in London, not typical of my usual genres, and is an amusing satiric story about a young woman coping with the grind of her daily commute and her job: http://roadsidefiction.com/index.php/roadside-fiction-issue-six/ Roadside Fiction cover by Tom Darin Liskey You can follow Roadside Fiction on Twitter at: https://twitter.com/RoadsideFiction  or their Facebook page which is: https://www.facebook.com/roadside.fiction.5 This story was written in 2009 and also published in my 2010 "Beyond Twilight" short story collection. This collection is available at Amazon here:   http://www.amazon.co.uk/Beyond-Twilight-Fourteen-short-stories-ebook/dp/B0057FKS32 Or you can find it at Smashwords: http://www.smashwords.com/books/view/295025
Post a comment
Read more
More posts